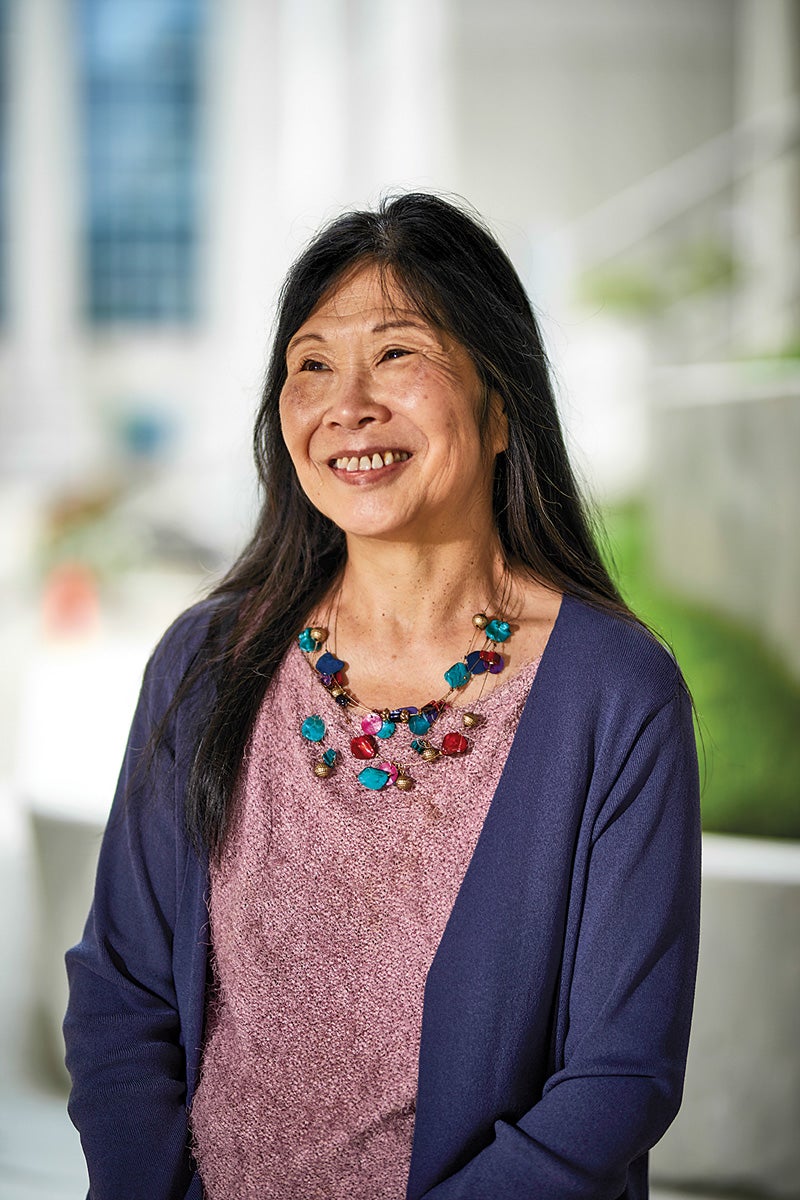 On June 5, 1981, the U.S. Centers for Disease Control and Prevention published the first official report of the disease that would come to be known as AIDS. In recent interviews, researchers from Harvard T.H. Chan School of Public Health reflected on the successes and failures of the global response, and the work left to do to finally end the disease. Read more at hsph.me/aids-at-40.

“I ’ve spent the majority of my career working on HIV—starting when I was a graduate student at the School soon after the virus was discovered. This disease is unique in the way that it impacted the whole globe—with a different biology and epidemiology in different parts of the world. We had certain populations at risk in the U.S. but really different ones in Africa and Asia. Many valuable public health lessons came out of the response: how the stigma of disease can impact individual health and societal responses; differences in health disparities locally and globally; the importance of engaged government leaders to impact policy; and the role of communities in useful interventions.

There were many regions of the world—largely poor—that had the greatest disease burden, and that also lacked access to treatments when they became available. I was glad to be part of the response that helped provide treatments and save millions of lives. I ran the School’s PEPFAR (President’s Emergency Plan for AIDS Relief) program in Botswana, Nigeria, and Tanzania. In each of those countries, we formed independent nongovernmental organizations that took over the program when the School’s grants wound down, including the Botswana Harvard Partnership, AIDS Prevention Initiative in Nigeria (APIN), and MDH (Management and Development for Health), in Tanzania. I still work with APIN, and I’m very proud of its accomplishments. It operates more than 570 clinics in Nigeria and has provided treatment and prevention to more than 300,000 patients. Its scientists have also engaged in significant operational research that has been useful to the field.

We’re approaching the end of the HIV/AIDS epidemic, but we’re not there yet. We need to stay committed to achieving prevention and treatment goals to ensure that it is not with us forever. Ten years from now, I’m hoping that AIDS will be a rare disease, and that everyone who does have it will be able to access medications that work and allow them a high quality of life. It may be that a vaccine will come along that will decrease the risk of infection, but it’s likely that there will still be people on treatment for the long term. Therefore, we have to continue to improve the treatments so that they are easier to take, with fewer side effects, and highly effective.”

Next Up
Read More
Research

Postpartum health is in crisis

Mitochondria can be fascinating.
Research