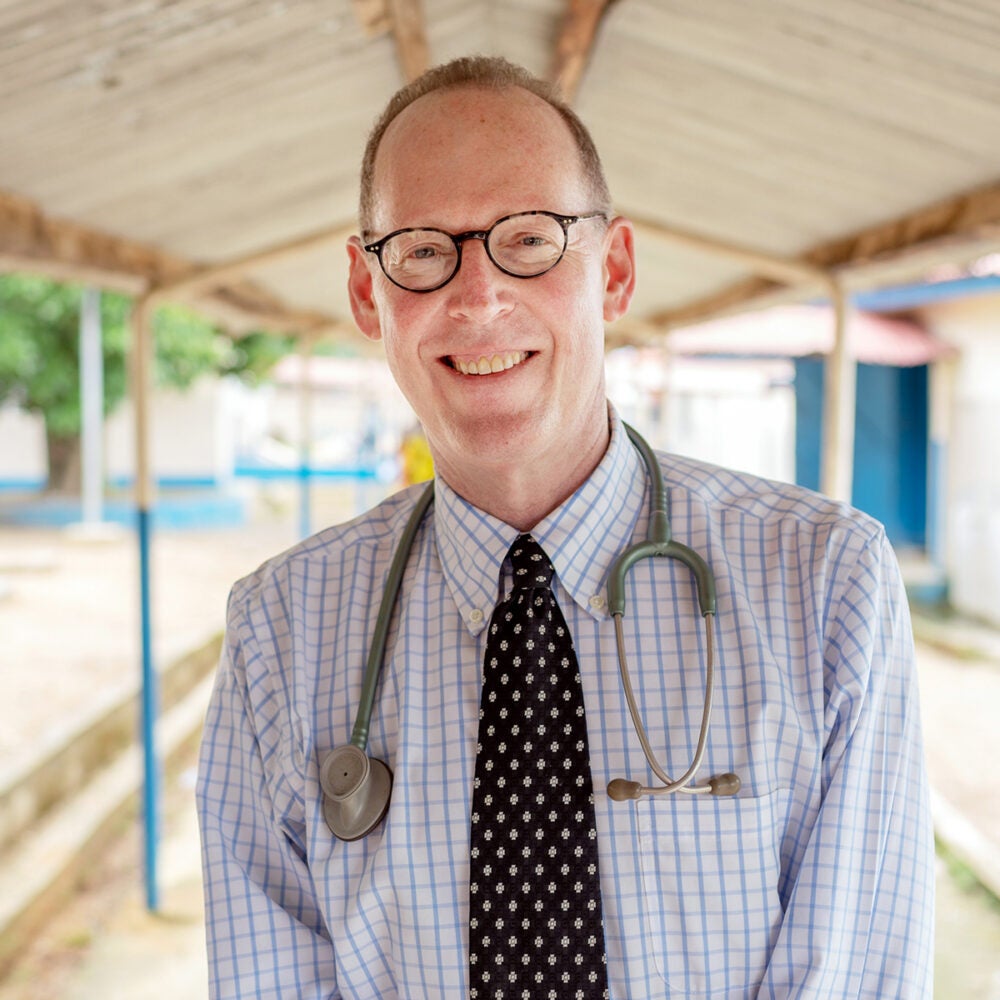 In Rwanda, he was muganga mwiza—good doctor. In Haiti, he was Doktè Paul. The biography Mountains Beyond Mountains dubbed him the “man who would cure the world.” Everywhere, Farmer inspired people to reimagine public health. He was a Harvard University professor, author of a dozen books, and co-founder of Partners in Health, which has engaged in 12 countries. Farmer was in one of them, Rwanda, at the time of his death, seeing patients and teaching at the University of Global Health Equity, which he founded to advance public health and medical equity.

From Dean Williams: A life of purpose

And Paul would have none of it.

From his student days onward, he insisted that all people—all people—deserve access to high-quality medical care. Then he made that happen. In Haiti, in Rwanda, in Sierra Leone, in Mexico, in Kazakhstan, and on Navajo Nation lands, he proved again and again that it was possible to deliver lifesaving, dignity-affirming, culturally competent care even in the most remote and impoverished communities.

He opened hearts and minds—and wallets. He changed the way we thought about global health. I see Paul’s spirit reflected not only on these tribute pages but throughout this issue of Harvard Public Health magazine.

Our cover package on the new agenda for strengthening public health in Africa starts with the vision that every individual deserves a public health system capable of protecting, preserving, and promoting health and well-being. The incredible leaders profiled in this package are making that happen, one step at a time, across the continent. Our story on the emerging wave of public health entrepreneurs would resonate with Paul as well; his whole career was about inventing new approaches to seemingly intractable problems. I love what Paul once told the Boston Globe: “I go to bed worried about all the promises we’ve made. And I get up each morning thinking we haven’t made enough promises.”

He’s right. We haven’t made enough promises. The status quo still condemns far too many to breathe polluted air, drink contaminated water, go without the medical care they need. The huge wealth gaps and huge health gaps in the United States and worldwide are status quo. At this point, so is the rapid warming of our planet. The destruction of precious habitat. The inevitability of pandemics.

The status quo is still not acceptable. Paul Farmer showed us we have the power to change it.

Filed Under
Global Health
From the Issue

Essential drugs are out of reach for many people with rare diseases, leading to lifelong disability or death. The global drug patent and trade system perpetuates these inequities — especially for low- to middle-income countries.