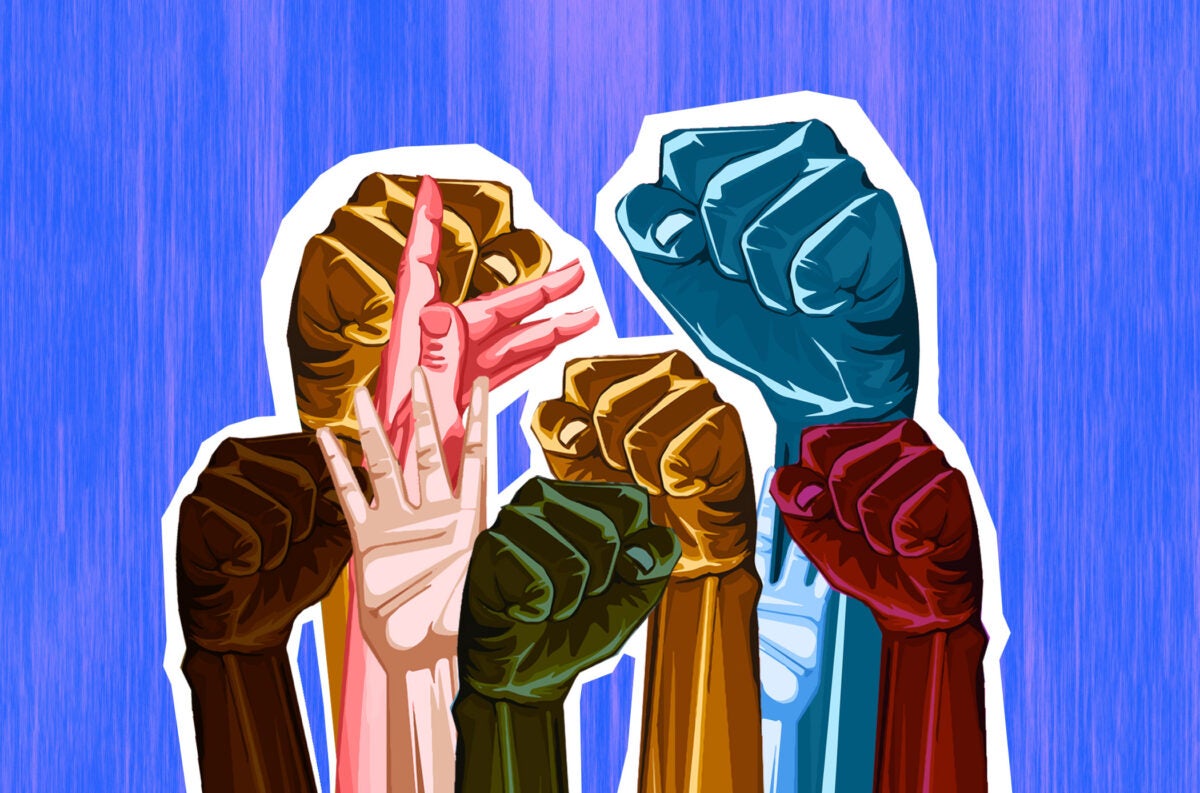 When 22-year-old Mahsa Amini died in the custody of Iran’s morality police last year, Iranians—particularly Iranian women—poured into the streets chanting “women, life, freedom.” The outrage spread across the country, as protesters spoke out at great personal risk; hundreds of protesters were killed by security forces, and countless more have been imprisoned.

The courage of these protesters was extraordinary, but the reason for Amini’s detention was tragically ordinary. For decades, Iran has devoted significant resources to policing both women’s bodies and their roles in society—and it is far from the only country where women and girls face danger and repression. According to UN Women, nearly one in three women has experienced physical or sexual violence—a global health crisis.

As political and corporate leaders gather at Davos 2023 this week, they must remember Mahsa Amini’s name. They must also scrutinize their own policies, laws, and norms that harm women’s standing in the world, and work to reform them. By doing so, we create healthier societies that are better able to care for their citizens during both normal times and extreme crises. This is not just a moral imperative; it is also the foundation for strong public health and an essential catalyst for economic growth.

We know that when countries block advancement for half of their population, they are not only hurting women and girls—they are also hurting their national economies. The World Bank reports that 2.4 billion women of working age lack equal economic opportunity. A 2015 study from the McKinsey Global Institute estimates if all countries narrowed their workforce’s gender gap, the global economy would increase by $12 trillion. If the world fully eliminated that gap—so that women and men played equal roles in the labor force—the benefit would be a whopping $28 trillion.

A massive opportunity is right there for the taking; unfortunately, we are moving in the wrong direction. A 2022 report by the World Economic Forum found a “sustained stalling of gender parity” when looking at gender gaps on critical economic, educational, health, and political metrics. We can now see that the pandemic exacerbated long-standing disparities, as more women left the workforce because of COVID-19—driven by the need for additional unpaid work such as childcare, which has always fallen disproportionately to women and girls.

In another example of regression, new Taliban leadership in Afghanistan is barring girls from pursuing an education beyond sixth grade. The economic impacts will be catastrophic, preventing women from entering the workforce or contributing to an economy that is already foundering. The Afghani people will suffer as a result, losing out on a generation of talented leaders who could make a real difference.

No country is immune from this instinct to treat women as second-class citizens—including the U.S., where last year the Supreme Court overruled 50 years of legal precedent and seriously eroded women’s reproductive rights. In the wake of the decision to overturn Roe v. Wade, 16 states have passed laws to block nearly all abortions. It’s not only women and their health who will pay the price; state economies will, too. A 2021 study by the Institute for Women’s Policy Research shows that harsh abortion laws cost states $105 billion by hindering women’s workforce participation—and that was before the most recent anti-choice push.

But despite these setbacks, there is also serious work being done. The Bill and Melinda Gates Foundation has made gender equality a key platform of its work, and the World Economic Forum, which organized Davos 2023, has devoted significant attention to the scale and effects of the gender gap. Government and the private sector can play a role, as well; for example, Vice President Kamala Harris has worked with the Partnership for Central America to launch “In Her Hands”, an economic empowerment initiative.

This leadership from different spheres is vital, but there is still one key partner that must take a more prominent role in the fight: men.

That is not to say there are no men engaged in this effort; in every country there are men standing in solidarity with women and girls, even at the expense of their own lives. But by the very nature of this problem, women are vastly underrepresented in the highest levels of government and business—for example, it is estimated that more than 2,100 men will attend Davos 2023, compared to roughly 600 women. That figure tracks with the percentage of women in leadership around the world; according to WEF’s Global Gender Gap Index, women hold just a 31% share of global leadership positions. As a result, men are disproportionately responsible for key decisions that shape our world.

If these men truly commit themselves to this fight, in alliance with the outstanding women leaders in every country, we can achieve equity. We can enact reforms that support the growth of women and girls, strengthen families and communities, and supercharge the global economy—building a more resilient society for all.

Michelle A. Williams is dean of the faculty at the Harvard T.H. Chan School of Public Health and co-chair of the Reform for Resilience Commission.

Patricia Geli is a research scientist in the Harvard T.H. Chan School of Public Health’s Global Health and Population department, and the executive director of the Reform for Resilience Commission.