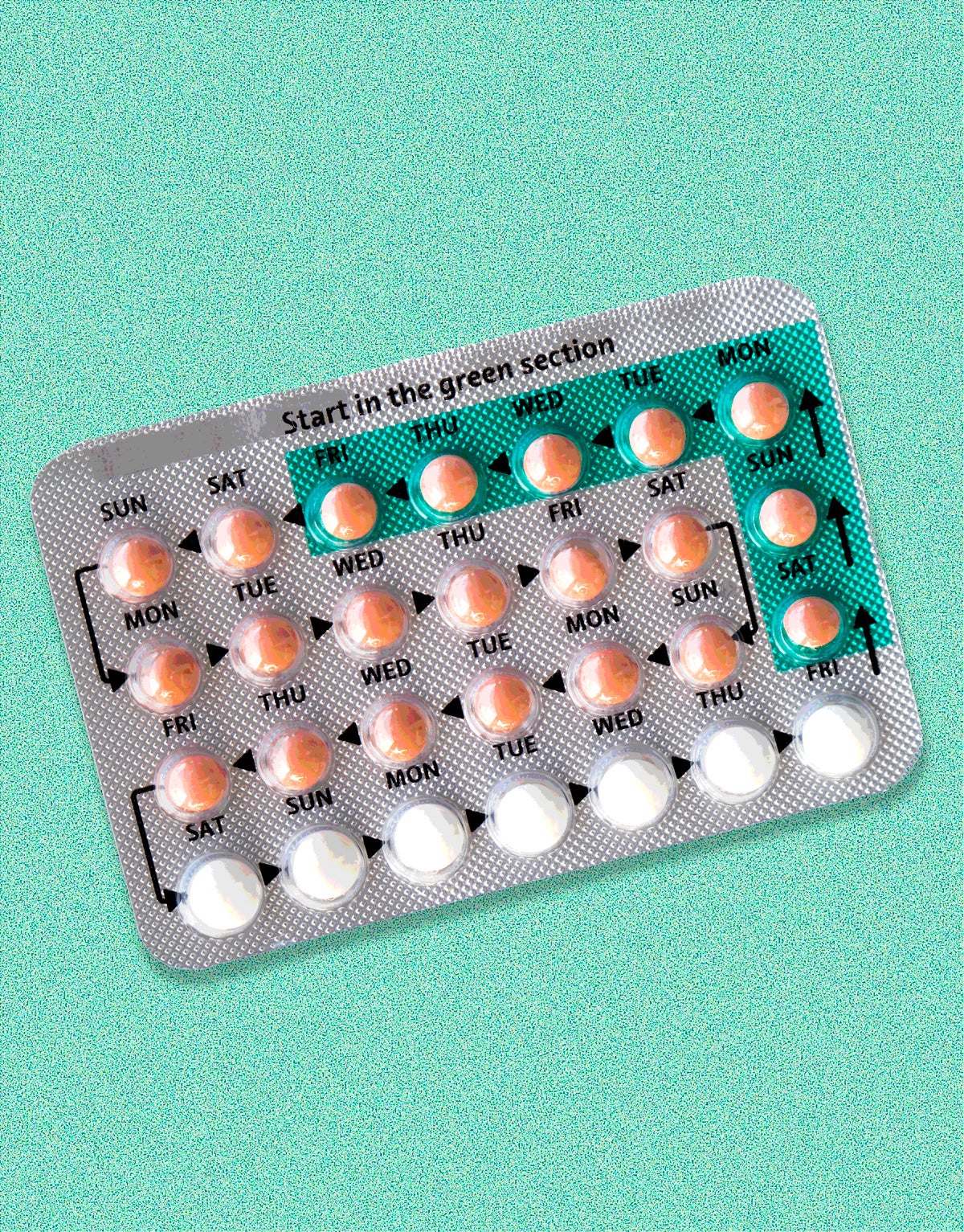 Birth control pills are available without a prescription in more than 100 countries, but not in the U.S. A year from now, this could finally be a very different story.

In the U.S., a prescription is required for most forms of hormonal birth control, like pills, patches, and rings. Oral contraceptives are the most popular nonpermanent method of birth control, but they carry certain health risks that have kept them prescription-only for decades. But a growing body of research shows that birth control pills are safe and effective without a prescription.

Two smaller pharmaceutical companies, HRA Pharma and Cadence Health, have led the charge in seeking over-the-counter approval from the FDA. Both companies have been navigating the FDA’s pre-application process for years, but HRA Pharma finally reached the application stage in July, the first such request to the agency.

HRA Pharma’s “minipill” contains only progestin, a less popular type of birth control pill generally taken by people who need or want to avoid estrogen in combination pills. Progestin-only pills carry a lower risk for blood clots and other complications, possibly smoothing HRA Pharma’s way to over-the-counter approval next year. Separately, Cadence Health said it is also working towards applying for FDA approval for over-the-counter sales of its combination birth control pill – which contains both estrogen and progestin. Estrogen carries increased risk of blood clots for some people, but the risks are small. Regardless, Cadence Health’s path to approval may be rockier.

These moves have come in the wake of the U.S. Supreme Court decision overturning Roe v. Wade, a decision that has brought new urgency to HRA Pharma’s FDA application, and renewed attention at the state level to making birth control more widely available. States are expanding access in two ways: making birth control available through a pharmacist’s prescription, without the need for a doctor’s visit, and through extending the supply of birth control dispensed at one time. For example, Massachusetts passed a law last year allowing pharmacists to dispense a 12-month supply at one time. This year, North and South Carolina are the most recent to make birth control pills available through a pharmacist, without requiring a doctor’s prescription. The number of pharmacy access laws introduced increased dramatically in 2021 and 2022, and New Jersey, Massachusetts, and West Virginia introduced new bills this summer after the Supreme Court decision.

“We’ve been seeing an increase in legislative attention on pharmacy access over the past couple of years,” says Elizabeth Nash, principal policy associate at the Guttmacher Institute. “It’s an issue that garners bipartisan support, a rarity for a reproductive health issue. I can imagine that what we’re seeing is legislators who were looking to expand access to contraceptives as they anticipated the Supreme Court decision on Roe, and its impact on abortion access.”

Those efforts have received strong support from significant medical trade groups, thanks in part to studies showing that better access to birth control – including over-the-counter birth control- would reduce the rate of unplanned pregnancies, especially amongst teenagers.

Americans “face too many barriers to accessing the pill and this needs to change to advance reproductive justice,” says Victoria Nichols, project director of Free the Pill, a broad coalition of more than 100 organizations that advocates for enhanced birth control access in the U.S.

Seventeen states and the District of Columbia already allow pharmacists to prescribe contraceptives without a separate doctor’s visit. While that isn’t over-the-counter access, all that’s typically required is a brief consultation with a pharmacist. Pharmacists are much more accessible than doctors – most people live within 10 miles of a pharmacy, according to a recent study. Not having a primary care physician and not being able to get to a clinic are two of the barriers cited by a survey that found nearly 30 percent of women in the U.S. had problems accessing birth control (the two biggest reasons were lack of insurance and limited fluency in English).

However, there remain two barriers to unimpeded access to birth control should pharmacy access laws and over-the counter sales become universal: age limits and cost. At least eight states with established pharmacy access laws require the patient to be 18 or older, and it is likely that some states will place age restrictions on over-the-counter access to birth control if the pills become FDA approved.

And while both Republicans and Democrats in Congress have supported efforts over the years to make birth control over the counter, they have disagreed on whether to require insurers to cover the costs of over-the-counter pills. A month’s supply of birth control can cost up to $50 out of pocket, according to Planned Parenthood, meaning annual costs could total $600 or more.

Experts say the greatest access and public health gains will come if over-the-counter contraceptives are covered by health insurance. Democrats recently re-introduced their 2015 bill, the Affordability is Access Act, requiring insurers to cover over-the-counter birth control, but so far it has not attracted Republican support.

For now, though, Nichols hopes the FDA will approve HRA Pharma’s “minipill” in less than a year, and that it will be available on shelves in pharmacies nationwide soon after. “Much of the world has access to options,” says Nichols. “It’s about time we catch up.”

Reyna Gobel, M.B.A., M.J., is a New York-based health writer and Master of Public Health candidate at the City University of New York.