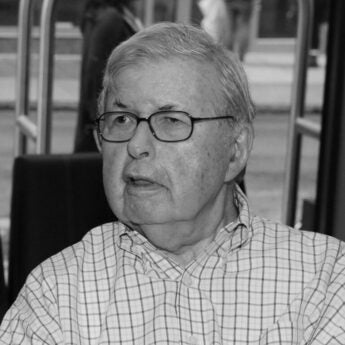 Henry Wechsler, whose groundbreaking research highlighted college binge drinking and other high-risk behaviors, died November 2 at age 89. He was a former lecturer in the Department of Society, Human Development, and Health (now Social and Behavioral Sciences). Wechsler was born in Warsaw, Poland, and at age five fled with his parents to the U.S. prior to World War II. Wechsler earned a PhD in psychology from Harvard in 1957, and in 1966 started a 40-year career at the School.

He was the principal investigator of the Harvard School of Public Health College Alcohol Study (CAS), which began in 1992 and ran through 2006. The groundbreaking study conducted four national surveys reaching a total of more than 50,000 students at 120 colleges in 40 states, and resulting in more than 80 publications. The research focused attention on college binge drinking—a term Wechsler is credited with popularizing—and showed that students’ drinking habits depend a great deal on environmental factors at their schools.

Wechsler published extensively on alcohol abuse and other high-risk behaviors, including the 2002 book Dying to Drink, based on his work on the CAS. His honors include a leadership award from the American Public Health Association.

Filed Under
Human Behavior
From the Issue