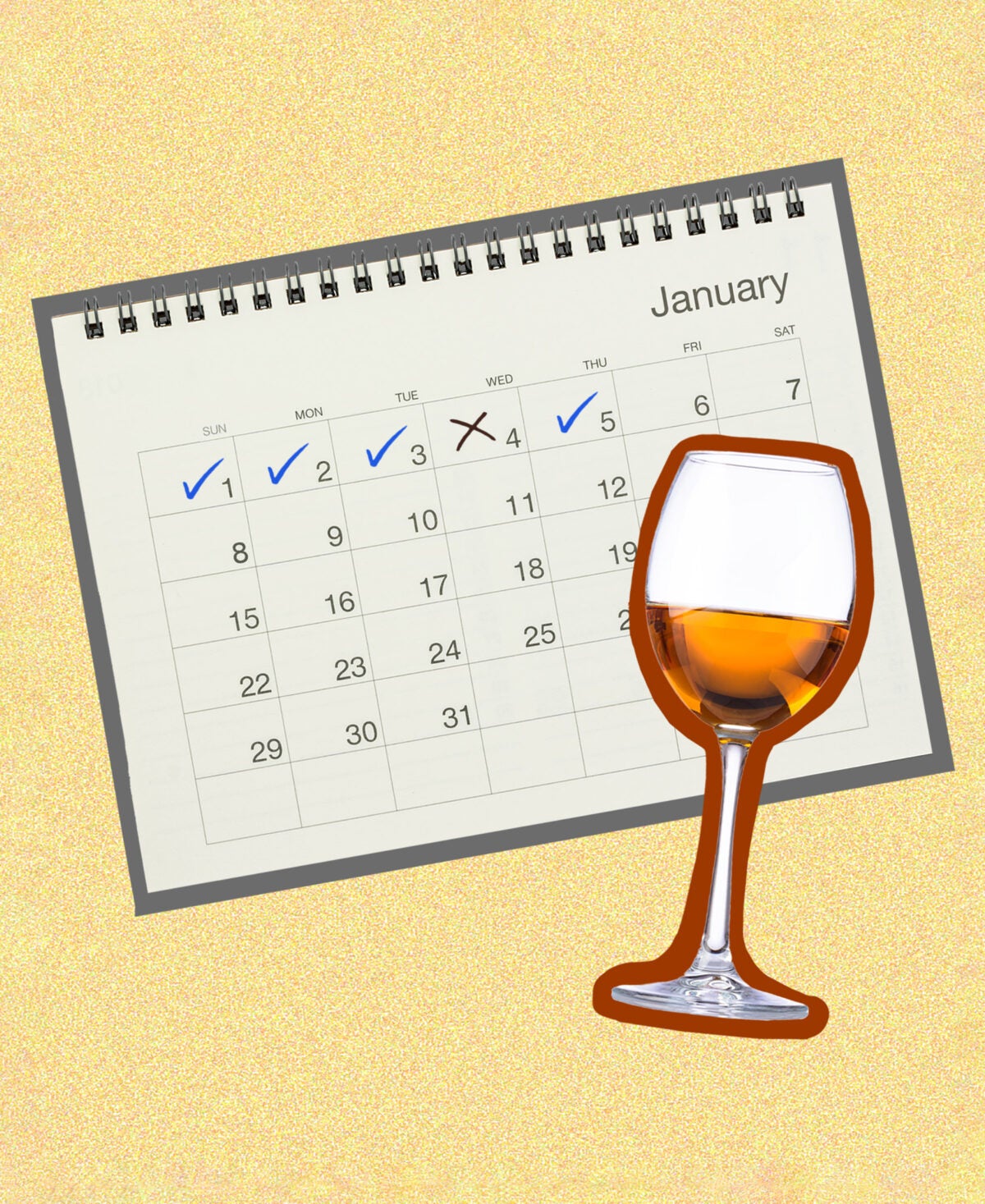 January is here and with it our yearly resolutions to exercise, diet, and increasingly, drink less. In 2022, nearly 20 percent of U.S. adults said they’d participate in Dry January. Well, sort of—only half planned to abstain completely. The other half said they’d drink significantly less than they normally would.

A ”drier” or “damp” January might be the right approach for many people, says Aaron E. Carroll, a pediatrician, researcher, and chief health officer at Indiana University. Carroll has written extensively about the medical literature on alcohol’s health effects, especially where alcohol’s risks might be overstated by officials and news headlines. Moderation may be trite, but it’s still key.

Carroll spoke with Harvard Public Health senior editor Christine Mehta about pandemic drinking, the risks and benefits of alcohol, and of course, whether Carroll is hopping on the Dry January train. The interview was edited and condensed for clarity.

We’ve been hearing a lot about how Americans, especially women, are drinking more than ever. One study showed a 41 percent rise in heavy drinking amongst women during the pandemic. How concerned are you?

Carroll:  Certainly, during the pandemic more people have been drinking. But it’s people who are drinking in a way that’s incompatible with good health that I’m concerned about, not the fact that people are drinking. It’s always important to understand the baseline numbers in a study. When they say a 41 percent increase, they don’t mean that the percentage of women binge drinking went from 10% to 51%. It means that women who responded to the study went from drinking heavily 0.44 days a month to 0.62 days a month, on average. Even so, it’s those at the high end of the spectrum who are most worrisome, not necessarily all of them.

Carroll: Very few people can stick to zero. Complete abstinence is too often our (doctors, public health leaders) message. We do this in nutrition all the time with salt, fat, and a whole bunch of things we eat. And it rarely works. For most people, there is a relatively safe amount of alcohol one can drink.

In the Lancet study, the health impacts were tiny between people who didn’t drink and those who had one drink a day. Only 4 in 100,000 people may expect to have a problem that could have been caused by drinking, according to the study. But because there was a harmful effect associated with drinking, however small, the conclusion was no amount of alcohol is safe. I do not think people should dismiss these risks, but they are smaller than we’re often led to believe. When we only focus on risk, we ignore the fact that some people derive benefit.

So, what is moderate drinking? What is safe?

Carroll: The answer is different for different people. You can find people who drink an enormous amount and somehow have pristine livers. There are others who drink very little and wind up with cirrhosis. There are genetic and other factors that go into determining what is okay for you. There are also the habits over a lifetime that matter. What is most harmful is long-term, consistent high consumption.

Of course, what exactly is long-term high consumption? Because it’s impossible to answer that definitively, we use data to define general recommendations, like the CDC dietary guidelines, which are a good place to start—one drink a day for women, and no more than two a day for men. Now, those guidelines are flawed. Some women are larger and can tolerate more than the guidelines. Some men are smaller and tolerate less. But they’re a good place to start.

Do you think people are having enough conversations with their doctors around potential health effects of their drinking?

Carroll: By talking about it with a doctor, you can get a sense of whether you might be approaching the danger zone. And using the CDC guidelines is a good screening test for initiating a conversation. When we take a hardline stance to drinking, people are less likely to talk honestly about their habits. If we could frame this in terms of harm reduction, we’d say “I’d rather you drink less,” instead of “you need to quit.”  That approach works better with almost everything that we talk about in terms of health, and especially diet and nutrition.

That brings us to Dry January! We’ve already discussed that abstaining from alcohol is probably not always the solution. How about the sober curious movement?

Carroll: Absolutely. I’m doing a “Drier” January this year. I probably drank a bit more while we were on vacation. So, I’ll give my liver a break. What is a “Drier” January? My son’s 21st birthday is Thursday. I’d like to have a drink with him. But maybe that’ll be it for this month. Maybe not. I don’t want to feel like I’m punishing myself. I know those few drinks are not going to matter much to my health.

It does sometimes feel like the pressure is on in early January. What should the public health community and leaders be doing to promote healthier drinking all year round?

We should always take the approach of getting people to reduce harm. For people who drink, we can be having a much more holistic discussion of hey, are you leading a healthy lifestyle and what can we do to help you get closer to it?

It’s always good to reevaluate your relationship to anything you do.

Carroll: Yes, which is exactly the point. It’s not just alcohol that we have to watch. It’s our diets, exercise, all the things we do to stay healthy. I don’t go from being sedentary to saying I’m going to exercise every single day. It’s trying to find the right balance and recognizing that the balance is different for different people. And if you punish yourself, it often backfires because your habits and behaviors are a complex web that involve your mental health and happiness. Too often, we in the medical and public health fields say that if you don’t follow the rules, then disease is your fault. The reality is so much more complicated.

2023 is the year of mental health and wellbeing

The most popular New Year's resolution was feeling better about ourselves. Here's how to keep this goal going.
People

Cultivating food justice, one garden at a time

A network of urban farms expands access to affordable produce in a bid to close racial health gaps.
Feature