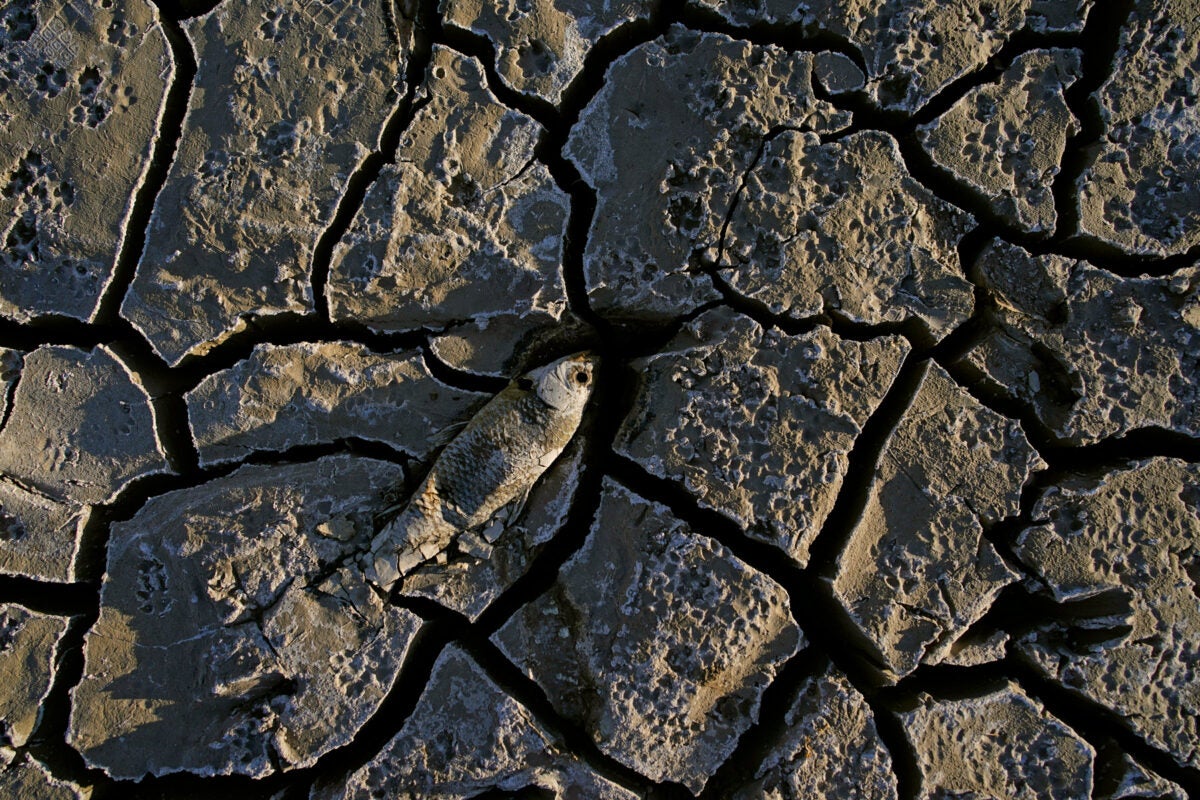 Droughts are intensifying because of climate change, threatening both the food and freshwater supply. Right now, 20 million people in East Africa face famine because drought has killed crops and livestock. Cities in Mexico are already rationing household water. In the southwestern United States, the worst drought in more than 1,200 years has put Lake Mead and Lake Powell at their lowest levels ever, jeopardizing water supplies across the American west.

Much of the news right now is focused on where water is lacking. But in many places, even some arid ones, there is often available water. What’s missing is funding to create or maintain access to it. That’s an infrastructure problem. In other regions, like the American west, we use too much water in an environment where it’s scarce. That’s a conservation problem.

For both issues, we’ve relied on government and non-profits for answers. Private companies and landowners we’ve viewed as the root of the problem, whether its over-exploitation of water for agriculture, or emitting outsize amounts of carbon to do business. But it’s time to see private companies as part of the solution, too.

Funding has become one of the biggest barriers to securing water supplies and improving health outcomes in communities with unstable access to water. Water projects in lower income countries are largely funded by donors and government agencies like the United States Agency for International Development (USAID). But contracts or grants aren’t typically available for maintaining existing wells, water pumps or treatment facilities in rural or low-income communities.

Companies, meanwhile, need options for offsetting their carbon emissions. Water security isn’t always framed as part of the fight against climate change. As droughts put more pressure on the water supply, efficient and resilient water infrastructure will become essential.  Building that infrastructure is a direct response to climate change’s impact on the communities bearing its worst consequences.

Water insecurity – a phrase describing when people don’t have enough water for daily life – is a dire global health threat. It leads to dehydration, malnutrition, disease, and death. Drought killed more than 650,000 people between 1970 and 2019, according to the United Nations. The UN projects that water shortages could displace at least 700 million people by 2030, a massive public health crisis.

I have seen this first-hand. Diarrhea-related dehydration is a major problem globally – each year 525,000 children under 5 years old die from it. Most of these deaths can be prevented through access to safe drinking water. For example, in rural Rwanda the only way to treat water is often by boiling it, usually over a wood fire. This presents two problems. Wood fires are not as energy efficient as modern filtration systems, and families often avoid boiling their water to save valuable firewood. They drink untreated water from rivers or lakes instead, putting them at risk of waterborne diseases.

In 2007, I started a company to get high-quality water filters to families who relied on untreated water in Rwanda. Our idea was to treat the water by supplying filters to households who needed them. Those households were then able to reduce their carbon emissions from wood-burning.

We were the first company to register with the United Nations Clean Development Mechanism (UN CDM) to earn carbon credits for treating drinking water anywhere in the world. We earned carbon credits – and therefore revenue – by reducing demand for firewood. And we paid for the filters and other water treatment systems with those carbon credits we sold to corporations and governments.

The model has faced criticism, mostly around how much money companies should actually earn for treating or conserving water. Farmers, for example, can earn money for adopting climate-friendly practices that sequester carbon in their soil. But there is controversy over how much carbon can actually be trapped in soil, throwing the whole model into question. That being said, if governments can figure out reliable ways to measure reductions in carbon emissions, corporate spending on carbon offsets is a valuable source of ongoing funding for fighting climate change, including treating or conserving water.

The Solution: A Market Approach to Water Insecurity

The basic principle is this: governments alone can’t regulate their way out of the problem. Corporations face increasing pressure to achieve net-zero carbon emissions. There is legitimate skepticism about whether companies actually care, but they all care about their bottom lines, and sales of emissions gives them incentive to invest in fighting climate change. In the U.S., new Securities and Exchange Commission guidelines mean net-zero claims will get government scrutiny. This should boost U.S. company accountability and public confidence in the process.

Market approaches could also curb water usage in places like the American west. Right now, we see unchecked water usage in states like Colorado and California, where an outdated system of water rights and weak regulation creates no incentives for farmers and ranchers to use less water. If state governments give farmers and ranchers a way to buy and sell water rights, it would mean they’d get paid for conserving water.

There’s already a fledgling market in place in California, thanks to the 2014 Sustainability Groundwater Management Act. Farmers in parts of the state use technology to track groundwater supply and use. Farmers who don’t need all of their water allowance can sell it to a neighbor who does.

Such public–private partnerships aren’t quick or easy fixes to our water insecurity issues. But the effects of climate change are certain to intensify. Carbon markets should be part of the answer.

Evan Thomas is the Endowed Chair and Director of the Mortenson Center in Global Engineering and Resilience and the Climate Innovation Collaboratory at the University of Colorado, Boulder. Thomas is currently a member of the NASA and USAID SERVIR Applied Sciences Team, and a member of the board of the Millennium Water Alliance. Thomas is also the founder and CEO of Virridy Inc.

Nighttime temperatures are rising around the world. New research shows being too warm at night could disturb sleep, and lead to poorer health.
Opinion