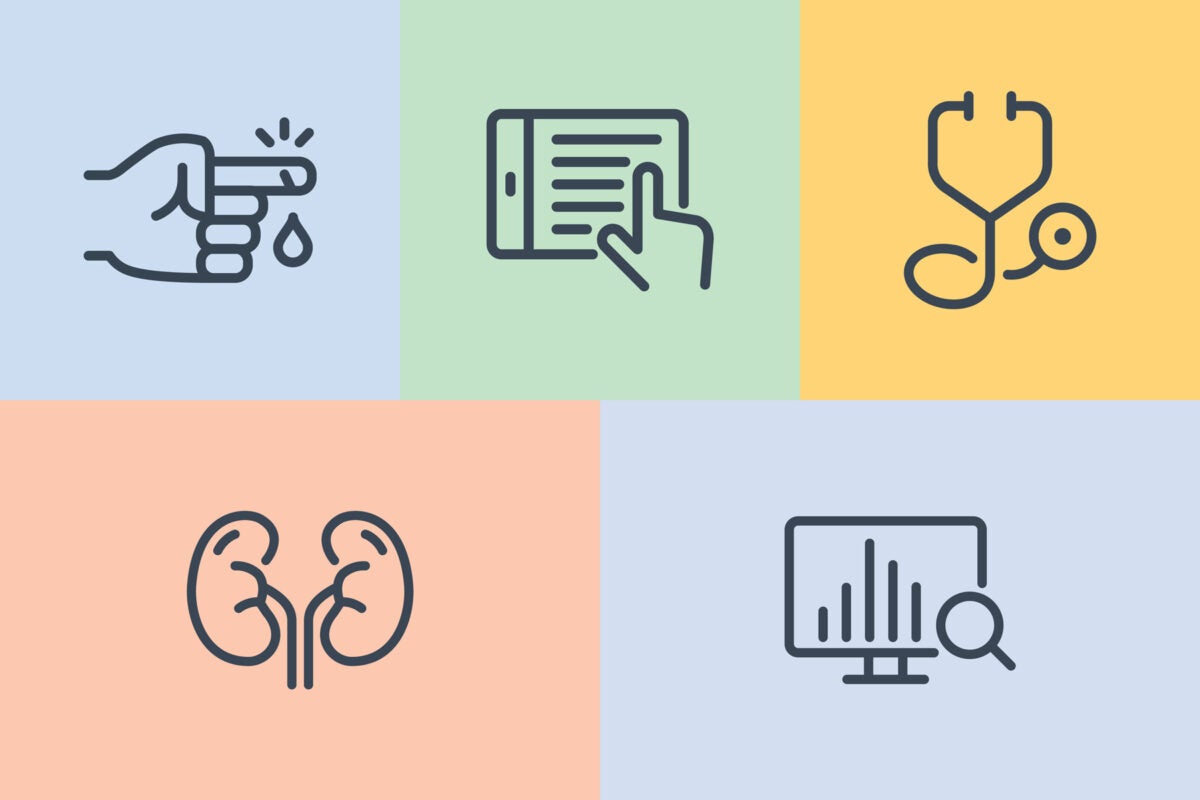 There’s growing recognition of the health inequities people of color experience because of racism, implicit bias, and systemic marginalization. But efforts to tackle the root causes of such inequities and ease their impact on the nation’s collective health lag behind. There is momentum to move from awareness to action, in private and public hospitals, in academic medicine, and in public health departments.

The National Institute on Minority Health and Health Disparities says diverse clinical trial participation reduces biases among medical providers, promotes social justice and health equity, and leads to more innovative science. But despite clear guidelines that require women and members of underrepresented groups, people of color are woefully underrepresented in proportion to their numbers in clinical studies. On average, Black people make up 5 percent of clinical trial participants for disease treatment.

Patients can face financial and logistical barriers to participating in clinical trials, so the Lazarex Cancer Foundation reimburses patients for transportation and housing costs. Lazarex also has programs at cancer centers around the country to increase awareness about its services. Programs at UCSF and USC in California increased minority participation in cancer clinical trials to 62 percent, compared to the usual single-digit numbers.

University of California, Los Angeles (UCLA) Health is one of several academic medical centers implementing tools that not only identify inequities in their policies and practices but also assess their effectiveness at addressing them. At UCLA, members of an equity council monitor equity dashboards that detect variation in patients’ health care quality or outcomes by race, ethnicity, gender identity, age, sexual orientation, and community-level social vulnerability. Rather than relying on staff assumptions, UCLA asks patients to racially self-identify, which makes the data more accurate and relevant. The dashboards also monitor variation in the health system’s hiring, promotion, training, and contracting practices. Among other metrics, they track racial and other differences in patient and employee grievances, promotions, and vendors providing goods and services.

While the factors that contribute to the dearth of Black physicians are complex, the result is simple—poorer health outcomes for Black individuals. Research has shown that more racial diversity in caregivers would lead to better outcomes among Black men, and that mortality rates for Black newborns in Florida fell by half if their primary doctor was Black.

The review found that bias in a variety of areas caused these models to exclude some beneficiaries based on race. The Innovation Center is developing a step-by-step guide to screen for and mitigate bias and will test these in new models.

When researchers analyzed 18,000 electronic health records from an urban academic medical center, words like “aggressive,” “angry,” “challenging,” “exaggerate,” and “noncompliant,” were 2.54 times more likely to be used to describe Black patients than white patients. Providers who used such descriptions were less likely to listen to patient concerns and to provide proactive treatment. The good news, according to researchers, is that sometimes awareness alone can trigger a change in attitude.

Hospital systems and health care providers across the country are instituting measures to deal with inequities of care. Boston’s Brigham and Women’s Hospital added reminders to its patient admissions software about equity and potential disparities in treatment after its retrospective cohort study showed that implicit bias resulted in Black patients being less likely to be admitted to specialized services than white patients.

At The Ohio State University Wexner Medical Center, the Equity and Anti-Racism Task Force systematically reviews and updates curricula to ensure it reflects both evolving knowledge of conditions and diseases and of social issues that impact disease and disease management.

Melba Newsome is a freelance health and environmental reporter in Charlotte, North Carolina.